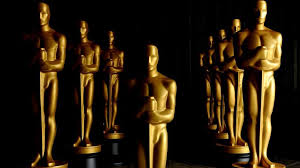 Historically Oscar or Academy Awards has ignored many great films and has recognized bad or mediocre films for political or trend of time reasons. For a list of great unrecognized films, you can read the article on Academy Awards on this site, as the list is too long to be repeated here. Also historically Academy Awards have followed the footsteps of Golden Globe by awarding almost the same films that the younger sister has done it more than a month before. This year as everyone knows, the Golden Globe at this sensitive era of political adversary in America against the whole world, has done the worst of all time. The unrealistic and flawed in making fairy tale of “La La Land” wins a record of 7 awards, while more realistic films representing the current era or the American society such as “Hell or high water”, “Moonlight”, and “Nocturnal Animals” are ignored.

Now looking at the nominations of the 89th Academy Awards, one anticipates that Oscar repeats the similar wrongdoing as the Golden Globe and as its past. Cinema could easily portray the history, politics and the society and any era of time in anywhere or the whole world, and could be the most influential in enlightening audience or reflecting people’s voice. Some great films in the past have done so, such as “Born of the fourth of July”, “The grapes of wrath”, “The great dictator”, “Deer hunter”, “Apocalypse now” and else. The past year although we did not witness similar great films, like the past few years, but still there are films deserving recognition than “La La Land”. The world is going to watch the Oscar ceremony on February 26, 2017 and will judge Hollywood who will admires itself in its glory ignoring the world around her, or recognizing the films that portraying our time better while deserving more cinematically as well. Here we make some suggestions among the nominations for a better recognition at this time of empire attacking back in America.

I am not your negro

O.J.: Made in America

Land of mine (Denmark)

As in the past, Oscar goofed again by following the footsteps of Golden Globe and awarding themselves, i.e. Hollywood as predicted by awarding La La Land with 6 awards, including the best director to Damien Chazelle. That is why Waren Beatty, the favourite actor of Elia Kazan and Arthur Penn among others, and a great filmmaker, 14 times nominated by academy awards and 18 times by Golden Globe, threw a joke at La La Land and announced it wrongly to have won the best picture last night, while the true winner was “Moonlight” that really deserved it. This year’s Oscar with the great host, Jimmy Kimmel and a few surprising and entertaining inventions such as dropping candies, donuts and wine for the audience, and most importantly bringing in ordinary tourist visitors to the ceremony, could have saved the face of dying Hollywood, but it didn’t! Again the awards were granted for the sake of studios and politics and trend of time, despite so much vibration of the respect for equality, democracy and true and fair representation of the current milieu particularly in America on the silver screen among the film professionals present in the ceremony.

One wonders how Oscar determines and nominates films for the major award of “Best Picture”, when nominates 9 films for this category, then only one film as usual wins most of the awards! Perhaps the other films are for distraction so people would not presume that the mind of Oscar has not been originally on only one film for whatever reason! In fact an awarding agency such as Oscar needs to clearly mention the reasons and criteria that were used to award a film over the others, specially the nominated rivals. A film that takes home most of the awards should survive the test of time. Will “La La Land” pass this test? Will  “La La Land” have a special position in Cinema in the future? The film holds no special place even now and is a fake and fairy portray of a dream Land that the maker of it would like to suggest it is Hollywood! But for long it is known and even has been shown in the novel of “Grapes of Wreath” of John Steinbeck and the adaptation film of John Huston, till now that all these is an illusion. When Hollywood and Oscar want to believe that we are not living in a fairy time or fairly land?