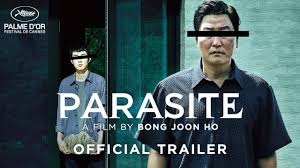 Golden Globe awards that were presented on Sunday January 5, 2020 once again with its nominations and awards proved that cinema at least in Hollywood has fallen. Here the focus as examples will be on the major nominees and awards such as the best picture, direction, and best performances in both categories of drama & comedy/musical feature films. “1917” by Sam Mendes that at first at lease by the title, one might think being about the most important event of that year, the Russian revolution, it is the story of an event during the first world war. But unlike the classic and masterpiece “All quiet in the western front” of 1930 by Lewis Milestone, that depicts the evil dark side of the war with its futility and millions innocent lives’ casualties, “1917” of Sam Mendes that took the best picture and direction awards, is about a rescue event on the British front to save 1600 English soldiers. Lewis Milestone, a frontier to start the first anti-war film of Hollywood to be followed by many other great anti-war films in later years needs to be a ring in the conscience of the present Hollywood filmmakers to continue on such legacy path instead of making pro-war and adventure war films. In fact the best film of the last year happened to be a foreign film from South Korea by Bong Joon-ho that was nominated for the best direction and best foreign film and took the latter award. With no nomination for the best picture of the year, the film as his director mentioned while receiving the best foreign film award that the world needs watching more foreign films and tolerate the subtitles. The winner of the Palme d’Or at the 2019 Cannes Film Festival with an unanimous vote, the film is on numerous top 10 film lists of the year. With its 6 nominations for the upcoming Academy Awards including the best picture, direction, original screenplay and the best foreign film, Hollywood needs to wake up and realize better films that are made outside their expensive studios with multi-million dollars budget. While Martin Scorsese still stuck in his path of gangster films making with his last one with “The Irishman”, and Quentin Tarantino absorbed by the title of “Once upon a time” from the master Sergio Leone, makes a mockery of such a story in Hollywood, if it reminds the film scholars a minute about two Sergio’s great masterpieces. In fact Jojo Rabbit by the New Zealand actor and director Taika Waititi was the second best film of the year, followed by Joker of Todd Phillips, and Rocketman of Dexter Fletcher. The other nominated film for the best picture awards, Marriage Story is another lame film about separation like the Iranian “A Separation” that surprisingly astonished Hollywood 8 years ago just for the sake of publicity. “The Two Popes” that was also nominated for the best picture is another critical Vatican film over their pedophilic priests, another publicity films that Hollywood loves. On the performances, the humanitarian Joaquin Phoenix deservedly, after years of great performances and nominations finally won his second best acting award after his first one for “Walk the line”. But the surprise was the best female performance award that was presented to Renee Zellweger for playing Judy Garland, with no looking or performance alike to the classic protagonist, Golden Globe had forgotten the great performance of Marion Cotillard in “La Vie en Rose” depicting Edith Piaf. Another surprise was the best performance award in a musical/comedy to Awkwafina for the boring film “The Farewell”, while Golden Globe missing the better performance of Charlize Theron in Bombshell. Eddie Murphy performs well with his surprising comeback in “Dolemite is my name”, so does Taron Egerton in “Rocketman” who wins the best actor performance in a musical or comedy. With no great films coming out of Hollywood in 2019, the upcoming Academy Award once again at least could recognize a better film than their owns if “Parasite” will be awarded for the best picture, direction, original screenplay, and the best foreign film. The only other deserving award suggested by this website would be for Joaquin Phoenix in Joker.