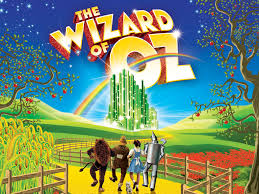 The Wizard of Oz directed by two American filmmakers, Victor Fleming and King Vidor belongs not to one but a few genres including musical, fantasy, comedy, drama and above all a family and children film. The film is the best adaptation of a 1900 novel by Frank Baum, starring the young Judy Garland as Dorothy. A fantasy film starting in black and white sepia, matching the ordinary desert-like farm life of Kansas, soon after Dorothy’s dream of travelling to the land over the rainbow comes true, it will change to full Technicolor. This on its own alone was innovative and an achievement beyond the time. Then with its unique and meaningful characters, the munchkins, the fantasy lands, musical and even comedy makes the film an icon in American and the world cinema. Although it was a box office disappointment, despite being the most expensive production of MGM to date, its re-releases, starting after the end of the second world war, became popular by the public as it was so by the critics from the start. 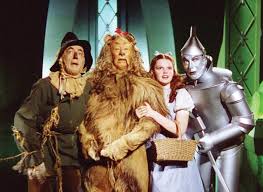 American cinema that was struggling in the 1930’s and during the great depression, all of a sudden right at the end of the decade and on the verge of the WWII, produces two great films, “The Wizard of Oz” and “Gone with the wind” surprise the world of cinema. The film, a fantasy to instill hope in American people who lost greatly at the time of the great depression, was not first received by the public who have not yet fully recovered from despair and had lost white hopes and not in the mood for fantasy, and apparently preferred the more realistic gloomy rival “Gone with the wind” that year, capturing not the box office but the academy awards as well. But after the war, hope and fantasy returned to the American beliefs and the film flourished truly. As Disney believed and achieved instillation of dreams and hope in a society driven by greed and profits by a few and suffering and poverty of majority, The Wizard of Oz took such a place in the Americans’ hearts and minds to be happy in their dream land if not so in their real land of free! This way Disney and frontier films such as “The Wizard of Oz” created such a fantasy genre that became one of the most popular including several great films in the following years.

“The Wizard of Oz” a fantasy and dream story of a young girl, Dorothy to take a flight over the rainbow to her dreamland, that at the end seemed to be all a dream and not even magical fantasy, is not all fantasy and lies. The film in its magical fantasy context carries humanistic and real life lessons content. The three characters of the brainless scarecrow, the tin man with no heart, and the lion without courage whom Dorothy meets on her way to the dreamland, are much better than many people in real life as The Wizard of Oz teaches them, who have diplomas with no brain, hearts with no kindness but greed, and medals with no courage at all. Even the Wizard of Oz himself happens not to be true, mighty, with magical power to grant the three brain, heart and courage, and not even capable to send Dorothy back home that she misses greatly. Instead the Oz, who is more a wise con artist, takes off by himself from a land where he was apparently fooling people for long without taking Dorothy with him as promised. Then the good fairy lady comes along and reminds Dorothy that it is all up to her and in seconds she can go back home as it has all been in her head and dream. 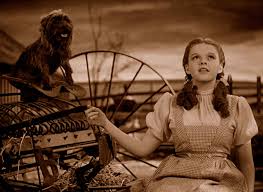 The film for American cinema that often to this day, portrays life to the viewers different than what it is, in 1939 was a grand achievement not only in cinematic art, but as a cooperative success. Two directors, several actors, numerous extras, set and stage designs, excellent film color mixing application, make ups and huge costume designs made one of the earliest American epics on the silver screen. This epic film was not a historical epic about the past, but about the present and the future in the dream, fantasy, magical with a backdrop to the reality. The film was a frontier in many aspects in cinematic achievement, sepia black and white mixing with full color technology to separate a harsh reality from a golden dream; the first twister on the silver screen with flying doors, windows then the whole house; mixing genres of family and children with musical, comedy and melodrama; and futuristic or science fiction. The film widely know for its musical, songs and soundtrack, originated the “Over the Rainbow” song into the English culture and else that became a popular identity on its own. 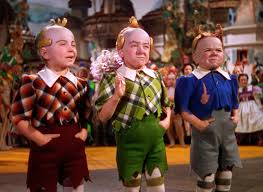 The land of Munchkins or dwarf people, then the land of Oz where everybody is dressed in green, both welcome Dorothy and her three companies, assist them in their magical rejuvenation journey, all in joy and musical feasts perfectly fits in the story of the film. The film still a great pleasure to watch, with innovation such as talking apple trees, flying witch and her associate devils and the rest was possible with a great team cooperation of so many experts in different fields of filmmaking. Although the film is not political, but when the second world war is in full fledge of making, and in the film every character and the whole people are on one side and the Wicked Witch of West (WWW) on the dark side, one may wonder the message. The Oz that seems to be on the right side, is later on revealed to be a con-artist, that could denote while the eastern Europe was already attacked and occupied by the Nazi Germany, the western Europe such as England were all quiet and even assisting in trade the German’s military machine. 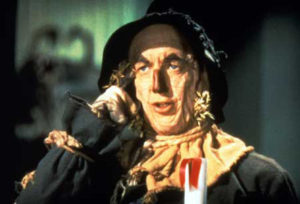 The three principal characters of the scarecrow, the tin man and the lion, became an interesting subjects for adaptation in the future films to this date. Such short list examples of these types of characters in different forms are “R2D2 & C3PO” of Star Wars; “Hal 9000” in “2001:Space Odyssey”; “Death” in the Seventh Seal of Ingmar Bergman; “The Balloon” in “The Red Balloon”; “The Shark” in “Jaws” and “E.T” in “E.T” of Steven Spielberg; and all the non-human characters in “Toy Story”, “Finding Nemo”, “Wilson” the ball in “Cast Away” of Robert Zemeckis….These characters like the Scarecrow, Tin man and the Lion, in fact have the humans souls, minds and hearts in non-human personas. Humans have always communicated with their surroundings, including the nature, animals and even non-living things by mostly projecting their own thoughts and feelings to them. Some of these characters like in the Wizard of Oz speak up, guide, advise, control and even rule human characters. In brief there is a volume of psychology about these characters and their connection with humans presented in novels and in films that the best, not one but with three was incepted in The Wizard of OZ. 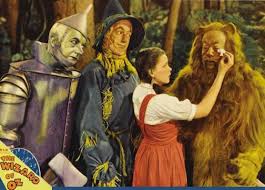 The film not influenced many future films and filmmakers in different ways, it also influenced others out of the film industry such as the famous modern writer, Salman Rushdie who acknowledged “The Wizard of Oz was my very first literary influence”, and “When I first saw The Wizard of Oz, it made a writer of me.”, and his first short story, written at the age of 10, was titled “Over the Rainbow”. The film was re-released numerous times on the screen, though in later editions the original beginning and the end in amazing and proper sepia color was replaced with black and white. The film has been the first to show in IMAX 3D at TCL Chinese Theatre in Hollywood in September 2013 when it was also presented at the Toronto International Film Festival. The film was one of the first to be released in Super 8 mm film format in 1970s, then on videocassettes for home viewing in 1980. The Wizard of Oz has been on many lists of the greatest films of all time such as American Film Institute and Sight & Sound’s. The film has been adapted in many formats including as a stage shows on Broadway and elsewhere, animations by Disney Studio and others, as a sequel novel, television shows, miniseries, musical by Andrew Lloyd Webber and Tim Rice, and more. 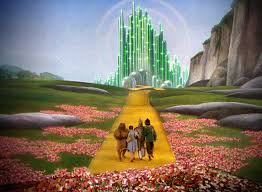 The America’s greatest and best-loved home grown fairytale, the first totally American fantasy for children, one of the most-read children’s books, and the ruby slippers worn by Judy Garland in the film are among the most treasured and valuable memorabilia in film history, and more make The Wizard of Oz one of the greatest films of all time. 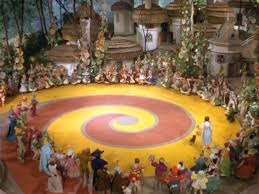 In closing remarks “The Wizard of Oz” one more time will be redefined based on the following criteria: