The Vietnam war that after the loss and destruction of so many lives on both American and Vietnamese sides finally with the resistance of Vietnamese and the country wide protest of American people ended in 1975 left a great impact on American cinema in 70’s. This impact opposite to the casualties of the war was in fact positive and improved this nation’s cinema and elevated to another level. Such Hollywood films in 70’s surpassed any foreign films and for the first time several such anti-war films entered almost any greatest films of all time. 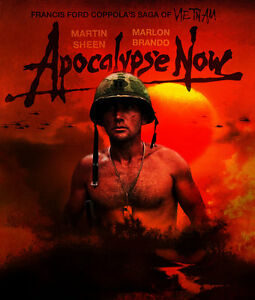 Francis Ford Coppola after sometime getting stuck in his Godfather part 1&2 and before concluding his trilogy, as a payback of his due to the wave against the Vietnam war, creates his masterpiece “Apocalypse Now”. Not just being politically and morally correct this time in paying back his artistic commitment, he shows his mature cinematic talent by the end of 1970 in this film. The film starts with a gripping cinematographic scene of the war, in contrast with the beautiful tropical natural environment that were all destroyed with no hesitation. After this opening scene, the film zooms on its main protagonist, captain Benjamin Willard (Martin Sheen) of the US special operation force in his room, already drunk and suffering from the depression, post-traumatic stress and madness of the war. 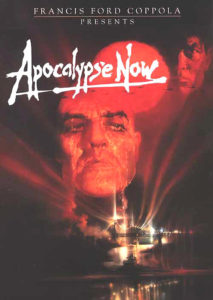 Then two army officers come in to his place, wash and clean him up and take him to a general of the American army. He is questioned if he knows colonel Kurtz (Marlon Brando), an American military hero who has gone mad somewhere in the jungle of Cambodia and has taken things and the command of many fellow soldiers and the locals in his own hands, acting like a demi-God. Captain Willard who does not know anything about Kurtz, is ordered to find his hideout location and terminates him, keeping the mission as a secret and as it never existed. Willard in disbelief of how the US army and its general could send him on such a mission to kill one of his own high ranked, highly achieved and decorated hero officers.

On an army boat accompanied by a few soldiers as associates who do not know much about the mission, Willard arrives at a village where is still bombarding and wiping out the whole village and civilians by the air struck. In the mist of the killing field there’s a church service by a minister and at night the squadron under the command of their narcissistic lieutenant Colonel William (Bill) Kilgore (Robert Duval) having a beach party. The next day on their way to mission destination and while helicopters continue with their rampage bombardments and killing spree, two American private ex-surfers with the encouragement of Colonel Bill surf the tropical waves. 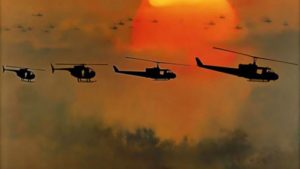