“Cinema Paradiso” is a film about cinema, love for the films and how cinema used to be. Depicting what cinema has been like in the lives of people in the past, specially in Italy after the second world war, the film tells such a story in an Italian village. Cinema that has been the major entertainment of all the people across the globe and brought people of all ages close together with all their laughter and tears is shown in “Cinema Paradiso” like a flashback. The film is not just about cinema and love of films, but a love story at three levels. 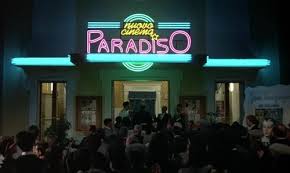 The first one is the love of cinema in a 6-years old boy Salvatore or Toto (Salvatore Cascio) who prefers to be in the projector room of “Cinema Paradiso” than in the church as an altar boy or even in school or playing out with other kids. So he imposes himself to Alfredo (Philippe Noiret) the projectionsit of “Cinema Paradiso” to take him as an assistant and teach him the trade and to be close with his favorite films and stars, and collect more celluloid films. This relationship grows mutually into a loving and caring relationship that finally works for both as Alfredo who loses his sight in a fire in the projector room is replaced by Toto who will run the cinema on his own. The third loving relationship is between Salvatore when a teenager who falls in love with Elena (Agnese Nano), a beautiful teenage girl at the first sight.

Cinema Paradiso: A Flashback on Cinema, Love and Life

While “Cinema Paradiso” is about love of cinema and films for what it was in the lives of people, it is not just a “history of cinema” like Godard’s. But the film is well written and intertwined with the life itself and true loves in real life. While the film is about films and cinema, it holds tenderly to its own life story that is another classic beautiful film on its own. So Toto, then the teenage Salvatore and later on the adult Salvatore, Alfredo and Elena all become stars of their own lives and the film “Cinema Paradiso”. The film that is basically a flashback on cinema, specially the classic films with all their glamour, stars, romances, laughter and tears, it is a flashback on the lives of the subject of the film, specially Slavatore, who as an adult filmmaker in Rome, recaptures his childhood and teenage life when he receives the news of the death of Alfredo. Before returning home back to the village of Giancaldo in Sicily for Alfredo’s funeral, he remembers his childhood, his growing love for cinema, his friendship with Alfredo, then his love for Elena that all changed for ever. 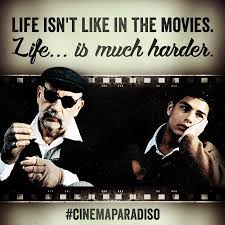 More than a multilayered love story, the film has many moments of joy, fun, comedy and satire that all depicted well by Giuseppe Tornatore who wrote the script and directed the film thoughtfully and skillfully. This was Tornatore second film and was a footstep for him to create more considerable films such as “The Legend of 1900”, “Malena” and “The Best Offer”. The films in Cinema Paradiso were first viewed by the village priest, father Adelfio (Leopard Tireste) who sensors the romantic kisses and embraces of the films that are mostly classic black and white movies with not many of these scenes. When the films jump at these cut spots, the local crowd boo. Cinema Paradiso is unlike any other movie theatres, as mother breastfeeds her baby, people pass on tissues to wipe off their tears to each other while kids picking their noses and an emotional movie fanatic man repeats each line before played in the films. The films are played on the big white wall of the village square for free once, then at times as an outdoor cinema so the fishermen on their boats could watch as well.

In a movie theatre such as “Cinema Paradiso” in an Italian village where it is a common entertainment place, one could see life the way it was before the movies were taken to homes first in video cassettes, then DVDs and nowadays digital and online. When Salvatore leaves the village for his future by the push of Alfredo after finishing his military service and failing to reach his love Elena, Cinema Paradiso gradually falls that is a reflection of how cinema fell from his glory days of the past. 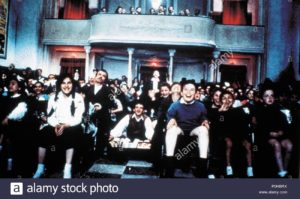 155 minutes with the director’s cut of 173 minutes and an international release shorter cut of 124 minute, with great script, direction, performance of all even the extras, and completion of the music of Ennio Morricone, the film captured the heart of audience and critics world wide. The winner of best foreign language film at the Academy Awards, and the grand jury prize at Cannes film Festival, and BFTA awards, the film needs to be seen and loved as any description of the film might spoil the pleasure its viewing. Ranking 27th in Empire magazine’s the 100 best films of world cinema, “Cinema Paradiso” revived the Italian cinema that had slowed down after neo-realism and Avant-garde and was a footstep for a few other great future Italian films such as “Mediterraneo”, “Il Postino” and “Life is beautiful”. 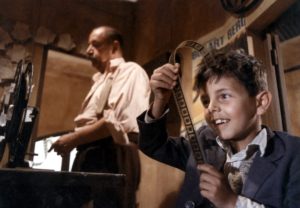 In brief “Cinema Paradiso” has not just revived the Italian cinema, but the global cinema from digitalism and special effects and films being made at the computer desks. “Cinema Paradiso” is a call for the art of film as a medium and cinema as a theatre a collective place to escape from the hardships of life into dreams, sharing laughter and tears for a short time while watching a film. “Cinema Paradiso” also teaches us that if we fail in love or leave good memories behind, we still like in the films, we could keep those good and loving moments in our minds and hope for more. Although many years have passed from the release of “Cinema Paradiso” and commerciality has taken over the real cinematic art, the message of the film is still alive and we can still believe in good films that could have some impressions or a spot in our life or our memories. 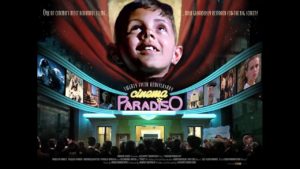 In closing remarks “Cinema Paradiso” one more time will be redefined based on the following criteria: 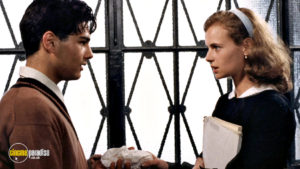 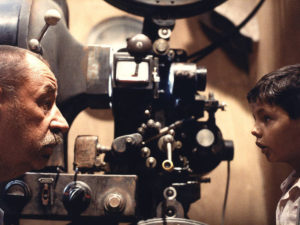 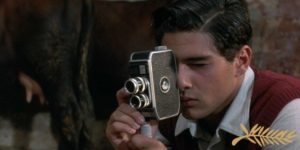