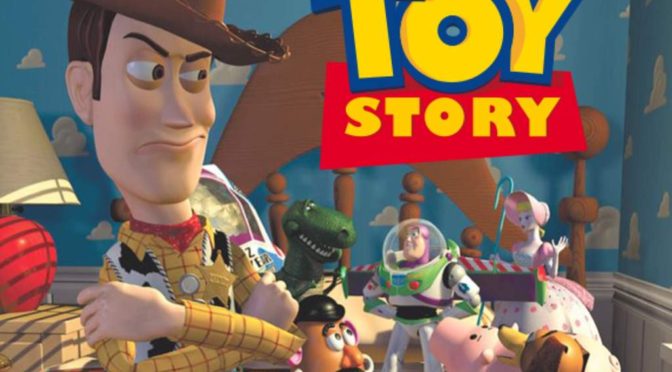 Since “Snow White and Seven Dwarfs” of 1937 and “The Wizard of Oz” in 1939, there has not been any great children, family or animation film until “Toy Story” that in 1995 broke the silence and traditions of filmmaking by being the first entirely computer generated animation feature film. The film deserted the animated cartoons and started a new trend of computer generated animation as a new fashion in cinema that was repeated in so many future films such as “Finding Nemo”, “The Incredibles”, “Brave”, “Coco”, “Monsters Inc.”, “Cars”, “Monster University”, “The Good Dinosaur”, “Finding Dory”, “Up” and three more editions of “Toy Story” including the most recently “Toy Story 4” currently on the screen. The above short list all produced by the “Pixar Animation Studios” and mostly nominated or winners of academy awards. 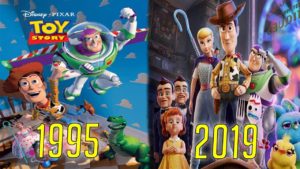 Pixar that started in 1974 in New York Institute of Technology by Alexander Schure who established a computer graphic lab to create the first computer-animated film. But the task was ambitious and the science of computer had not developed much then, even with the financial help of Lucasfilm, then Apple Inc. and its founder Steve Jobs who invested his own money in Pixar, after being fired from Apple. It was not until the major assistance and investment by Disney Studios that made possible the total computer-generated animation beyond experimental and short films in a major feature film of “Toy Story”. Created by John Lasseter as his feature film debut who also co-wrote the script, “Toy Story” has used the voice of veteran actors such as Tom Hanks (Woody), Tim Allen (Buzz Lightyear), Don Rickles (Potato Head), John Morris (Andy), R. Lee Ermey (Sergeant, the leader of a large troop of plastic green army men) among others. “Toy Story” brought animation more to life and while the human figures in the film such as the boy Andy and others look unreal or dolls like, enlivening the toys to have lives of their own, walk, talk, getting into actions, fight and having emotions, was a total innovation and novelty. The film opens with Andy, a young boy on his birthday playing and torturing his toys. When on their own, the toys have their own free lives and under the leadership of the cowboy sheriff Woody have daily meetings and manage their errands as much as they could. All worried to be replaced with the new toy gifts brought by the guest at the birthday party, Woody sends a troop of plastic green army men under their leader, Sergeant to carry downstairs a baby monitor to find out about the new toys and if they will be replaced. At the end no toys have been replaced, but a new toy, the Buzz Lightyear who believes to be a real space ranger joins the bunch and becomes Woody’s rival in the leadership.

The other toys seeing Buzz Lightyear, having so many electronic gadgets attached to his spacesuit get the second thought about changing the old fashioned Woody as their leader. Woody throws Buzz out of the bedroom window that angers the toys and they protest against him as they are also afraid to be terminated by him next. When Andy boy takes Woody with him in his mom’s car leaving the house for a pizza dinning, Buzz fallen in the bushes downstairs jumps in the back of the car and leaves with them. The car Stopping at a gas station, Buzz and Woody get into a fight and out of the car and when finally making peace, the car has already left them stranded. Both toys soon find a pizza delivery truck and jump on to get to the restaurant and Andy, but they are picked up by his neighbor, Sid who’s sadistic with his toys.