Cinema, though was invented in the late 19th century, but it took a couple of decades until 1920’s to come to fruition, and produce great films that some great ones are in this list and many other list of great films of all time. That is why the 1920’s is the most significant decade of the art of filmmaking and many inventions in cinema were created during this period, so the foundation of cinema. A year after the production of the first talkie film and the assumption of the fall of the silent film era, in 1928 “The Passion of Joan of Arc” a silent French film was created by a Danish filmmaker, Carl Theodor Dryer, that has influences so many films and filmmakers for years to come. Still by the end of 1920’s, cinema was mostly dominated by Americans, Germans and Russians, and other societies did not have much contribution to the art of film, including France that later on in 30’s start to emerge. So Carl Theodor from Netherland was invited to France to make a film that he chose “The Passion of Joan of Arc”, for being very patriotic subject in the country, despite many opposition why such a national subject has to be made by a non-French! The film is based on the actual record of the trial of Joan of Arc by when captive in England by the British Christian court. The film is not only by many has been regarded as a landmark of cinema for its groundbreaking techniques and direction, but by its only principal actor’s performance, Renée Jeanne Falconetti’s performance, which is often listed as one of the finest in cinema history. Dreyer spent over a year researching Joan of Arc and the transcripts of her trial before writing the script. Although the film has had many replica in the later years, such as “The Messenger: The story of Joan of arc” in 1999, none has been based on the true story, showing Joan of Arc, as a simple young girl, only 19, without armors and glamor. So the film stands out as well for its genuineness and simplicity, staying away from distortion of the history and commerciality, in spite of Dryer to do so for the popularity of the story in France. The film which is also a frontier of not all court films with interrogation and inquisition, but all the films mostly running in a room, such as “12 angry men” of 1957 and 1997. For doing this Dreyer needed a stage actress, so he picked Falconetti as her only major and last film role, but her performance and devotion to the role have become legendary among film scholars. This great influential but simple film that to this day has been well known for its cinematography, use of close-ups, directing and acting, deserves some introduction of its creator, Carl Theodor Dryer. Carl Theodor Dreyer (1889-1968) Dreyer born in Copenhagen, Denmark, to an unmarried Swedish maid, and was put up for adoption by his birth father, a married Danish farmer. Dryer spent the first two years of his life in orphanages until his adoption by a typographer named Carl Theodor Dreyer, whom he was named after the same. His adoptive parents were emotionally distant and he was constantly demanded to be grateful for the food and shelter he was given and that he would strictly have had no claim on anything of theirs. As a young man, Dreyer worked as a journalist, but he eventually joined the film industry as a writer of title cards for silent films and subsequently of screenplays. Since he did not succeed much in film directing in Denmark, soon he left for France, where he met Jean Cocteau, Jean Hugo and other members of the French film industry. He was so talented that his first major film, was “The Passion of Joan of Arc”, a masterpiece mixed in realism and expressionism, surprised all even his mentors.

“The Passion of Joan of Arc” instituted its legacy and influence from the start. Prior to its release, the film was controversial due to French nationalists’’ skepticism about whether a Danish person could direct a film that centered on one of France’s most revered historical icons. Dreyer’s final version of the film was cut down due to pressure from the Archbishop of Paris and from government censors. For several decades it was released and viewed in various re-edited versions that had attempted to restore Dreyer’s final cut. In 1981 a film print of Dreyer’s final cut of the film was finally discovered in a mental institution in Oslo, Norway and re-released. Despite the objections and cutting of the film by clerical and government authorities, it was a major critical success when first released and has consistently been considered one of the greatest films ever made, consistently since 1928. 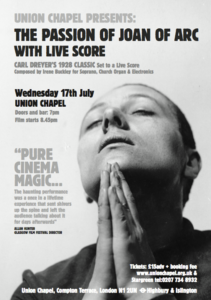 The story of Joan of Arc, a simple young girl who at age 19 stood up against the English occupant of France, is a symbol of heroism in France that needed to be depicted on the screen, that Carl Dryer achieved it truly well. Although to today’s judgment, Joan of Arc could have been a religious delusional, but did France well and defeated the British force not at her time, but later on out of France. The real story is another great testimonial evidence of the corruptive association between governments and religions, once more time across ages, a reminder of such from the trial of Socrates in ancient Greece to Galileo’s in renaissance. The legacy and greatness of “The Passion of Joan of Arc” and Dryer’s work is portraying a good example of this monstrous corruption on the screen, as torment and torture of young Joan by the God’s men at its worst. 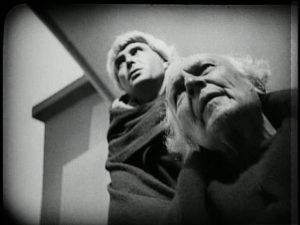 Since it was still the silent era of films in Europe and Dryer could not use dialogues of the inquisition by the clergymen throwing one after another, like the arrows of war (or wrath of God or Satan), he threw artfully at the best, the devilish and freaky faces of the interrogator at the crying and victim face of Joan of Arc. For doing this, he applied the best close-ups and angle shots until then, with the best editing, rolling over those horrifying faces at Joan of Arc. Although Dryer’s editing could be reminiscent of “The Battleship Potemkin”, his close-up and angle shots, specially low-angles’ are original and have become the standards of creating terror and thrill on films for years to come, by masters of cinema such as Orson Welles. Although Falconetti was a master of acting on stage, it was a unison between her and Dryer that brought out such emotions on Joan of Arc’s face, showing the torment within all her being, smashed at her by the court of God and the English Royalty. Dreyer well let her to pour out her emotions and did not dictate such to her, though he had to film the same shots again and again, hoping that in the editing room he could find exactly the right nuance in Joan’s facial expression. While the film since its initial release, has been a critical success and immediately called a masterpiece, It was a huge financial flop and Dreyer lost his contract to make any further film in France. The film was banned in Britain for its portrayal of crude English soldiers who mock and torment Joan in scenes that mirror biblical accounts of Christ’s mocking at the hands of Roman soldiers. But the New York Times raved the film “a film work of art that takes precedence over anything that has so far been produced. It makes worthy pictures of the past look like tinsel shams. It fills one with such intense admiration that other pictures appear but trivial in comparison…it is the gifted performance of Maria Falconetti as the Maid of Orleans that rises above everything in this artistic achievement.” The film and Falconetti’s performance have continued to be praised by critics throughout the years, with comments such as “Falconetti’s portrayal, the finest performance ever recorded on film.”; “You cannot know the history of silent film unless you know the face of Renee Maria Falconetti.”; “a film of confrontation”; “Dreyer’s radical approach to constructing space and the slow intensity of his mobile style, like all the greatest films, it reinvents the world from the ground up.”; “one of the most remarkable productions ever realized in the history and development of cinema.”; “Human experience conveyed purely from the visualisation of the human face: no one else has composed and realised human beings quite like Dreyer in The Passion of Joan of Arc”; “taught me film could be just poetry and timeless.” The film has appeared on “Sight & Sound” magazine’s top ten films poll five times: as number seven in 1952, and 1972, and as number ten (Critic’s List) and six (Director’s List) in 1992, and as number nine in 2012 (Critic’s List). In 2010, the film was on the top of the “Essential 100” list of films by Toronto International Film Festival, and it has been ranked as the most influential film of all time. 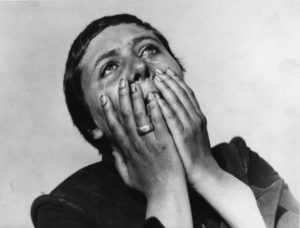 In closing remarks “The Passion of Joan of Arc” is a filmmaking, cinematography and acting. The film is a great reminder, how great films were like, long time ago, when there were no digital special effects. The film while it has been and will be hailed by the filmmakers of the past and the future, it could be easily envied as the film that has not left much for others to create technically, and puts other works as second hands. This frontier film will be once again redefined based on the following criteria: