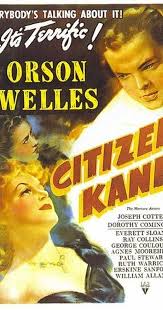 Citizen Kane as will be discussed here briefly was a partial self-portray or self-depiction of Welles’ life himself. Orson Welles was only 4 years old when his parents were separated, and 9 when his mother with whom he was living until then, died. After his mother’s death, he spent the summer with Watson family at a private colony in Wyoming, New York where he played with the children of Agha Khan. Soon he was on road, travelling to Jamaica and Far East with his alcoholic father for three years, somewhat looking after him, instead of the other way around. At age 15, his father died too, and he was raised under the family friend, Maurice Bernstein. Welles barely studied formally academically or even arts, but travelled and barely had any consistent place or town to call home, mostly Woodstock, New York where he lived the longest, only for 4 years. 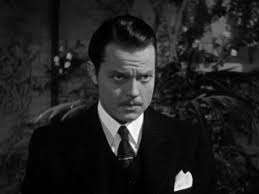 While travelling Europe, it was in Dublin, Ireland where Welles was drawn to the theatre and lied to be a Broadway star to get his debut acting role at the Gate Theatre in 1931 at age 17. Soon he was preoccupied with Shakespearian plays and roles and played later on in several roles as Julius Caesar, Hamlet, Othello, Macbeth, and King Lear. Before opening the Mercury Theatre in New York with John Houseman, he enrolled in radio show performances as well. He put the Mercury Theatre shows on air by CBS radio, and his radio adaptation of “The War of the Worlds” by H.G. Welles in 1938 at the brink of the WWII. In this show, he panicked the listeners so to believe of a Martian attack on earth, sounding so real that thousands ran into the streets out of fright. 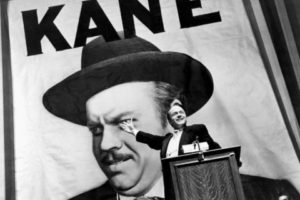 All his theatrical fame and radio performances, specially “The War of the Worlds” drew Hollywood offers to him, first by RKO studio where after rejection of his two film projects, his screenplay of “Citizen Kane” with Herman Mankiewicz was approved. In the film, Welles depicted the real life story of the newspaper giant of early 20th century, William Randolph Hearst, as Charles Foster Kane. The similarity of the life of Welles himself at least in ambitious social, political and media (for Hearst at the time publishing and for Welles, media) is amazing. At the same time the parallel resemblance of Welles and Kane in personal, specially early life is interesting. In fact the Citizen Kane is an amalgamation of Welles, Hearst and Kane!

Welles’ major credit as a filmmaker is for “Citizen Kane”, but his directing resume is not comparable with his acting that was huge and non-stoppable. His “Citizen Kane” that has been hailed hugely by critics was in fact his first and only major film, that he directed after a couple of shorts in 1934 and 1938 and a non-significant feature, “Too much Johnson” in 1939. Soon a year after his masterpiece, he made another major feature “The Magnificent Ambersons” liked by some, but not the most. This feature like “Citizen Kane” is also about a wealthy family and a man, facing personal and financial losses, and at the end broken materially and mentally.

Most of Welles’ mental and artistic preoccupation is on acting Shakespearian dramas that psychologically satisfied him, so he could demonstrate his unparalleled acting talent and love for acting in such roles as Macbeth and Othello on screen, and Julius Caesar, Hamlet, in theatre and King Lear on TV. His agenda to portray giant characters with fame and power facing void in life at the end, does not limit to the Shakespearian’s but other popular personas in the literature such as different royalties, Moby Dick, Kings, Emperors, Army officials, Politicians and the Policemen. Looking down at others in all these characters with low angle camera shots, including in Citizen Kane, is the trademark of Orson Welles. 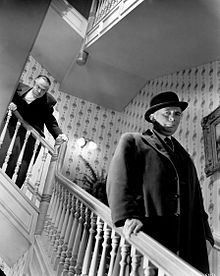 Citizen Kane: In search of the meaning of a Life

The whole film is about the search of the meaning of the life of Charles Foster Kane, or Citizen Kane, through the final word of “Rose Bud” that he uttered on the death bed. Kane in fact representing William Hearst, the newspaper giant, is the America’s Kubla Khan, the Xanadu’s Landlord, who builds a wealth and fame empire ruling the newspapers, buildings, ocean liners, factories, and more. As a newspaper mogul, he is in the power to be with every leaders even Hitler, being loved but mostly hated by many. He uses his power of news broadcasting, as it has always been even to this day by media to fame and defame others, only to satisfy his hunger for self identity and confidence. 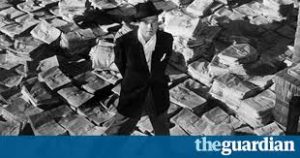 The film starts with the opening scene, showing Kane’s palace with a sign of “No trespassing” on the fence, similar to the opening scene of “Rebecca” by Alfred Hitchcock made in the same year of 1941, beating Citizen Kane at Oscar for the best film of the year. At the outset of the Great Depression in 1930’s while many newspapers closing and many are unemployed, the Kane’s newspaper chains are running and are still read by millions, eager to learn who else is at the mercy of Kane day to day. He owns people, he tells them what to think, and he wants everything in his own terms. But at the end like any empire, he falls too as his true self is revealed and nobody listens to him or reads his newspapers. He fails in personal life too and after several relationships, marriages and divorces, he is left lonely to die in his misery, concluding a meaningless, selfish life.

The film through flashbacks from the present time after his death, back to the past of Kane’s life and forth, attempts to be a detective, thriller genre to reveal the meaning of “Rose Bud” that he uttered at his death bed. While as his palace servants’ master mentioned, what would be the point of knowing the meaning of the final word he said, instead of looking at the whole life of what he did, the film insists to discover the meaning of “Rose Bud”! Flashback to his childhood, born to a poor rural family, who sell Kane for money to adoption by a rich city man, Mr. Thatcher, we learn the original reason of hatred of Kane for rich and famous people, but he will become one at the end himself. The “Rose Bud” that is revealed at the end of the film, is the name of his snow sled that he took with him when forced out of home as a little boy, a robbed childhood that he could not ever return to and grow up normal. 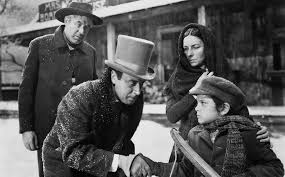 In the midst of the bloodiest war of the world, WWII, and while America is in peace with Nazi Germany and careless for the rest of world, specially his European’s allies, Welles’ Citizen Kane and the personal life story of a newspaper’s giant pleases many particularly the critics.

One main reason of critical acclaim of Citizen Kane is its technicality that to many of its admirers, it has been innovative. But the film did not invent much of any new techniques, but put some old techniques altogether by more advanced equipments, mostly borrowed from earlier films, specially German expressionism such as “Cabinet of Dr. Caligari”, and “Greed” that invented deep focus close ups, different angels shots, specially low-angle shots, use of shadows, lightings, shots of the ceilings, chiaroscuro lighting and temporal jump-cuts etc. Even D.W. Griffith believed “…the ideas he took from me”! The French film historian, Georges Sadoul also believed “the film is an encyclopedia of old techniques.” Even André Bazin who defended the film acknowledged that the film had similarities to such previous works as “The 49th Parallel” and “The Power and the Glory”. Welles owed most of these repeated techniques to Gregg Toland, the cinematographer and gave him the credit on the same title card along himself. But he did not credit much Herman Mankiewicz for its screenplay, that won the only academy award for the film. 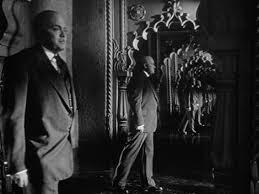 The technique of flashbacks in storytelling has also been previously used in “The Power and the Glory”. Thus all these leaves the film only with the invented technique of the use of multiple narrators telling the story from different perspectives, that required from the story of searching for the meaning of “Rose Bud”. In sound techniques, such as “lighting-mix” that were new to the film industry, Welles borrowed them from radio where he has had some experiences before switching to the filmmaking. Of other technical credit for the film that was innovative for the time on screen was the make-up art that Welles benefitted from Maurice Siederman. Since Kane and others in the film age, the actors needed to be grimed so to look old while they are still young. That Welles realized from the outset when he announced to everyone that the make-up was the most important aspect of the film. This took so many hours everyday for shots of old age scenes. That is why Welles, thanked Seiderman specifically and called him “the best make-up man in the world” officially. 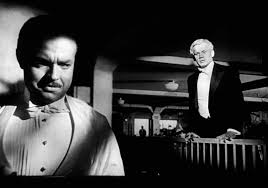 The significance of Citizen Kane was largely due to the great technical team that Welles had, such as cinematography, sound, make-up, set design, music score and editing. Other than cinematography and make-up that were discussed above, the soundtrack of the film by Bernard Herrmann was a success. Herrmann for his first film soundtrack chose different short music, fitting the emotional milieu of the scene, and succeeded so that Welles admitted that the 50% of the artistic success of the film was to its music. Lastly the editing of the film by using montage to collapse time and space, for example in two minutes showing 16 years of Kane’s first marriage, was a success, though Welles admitted that he took the ideas from the film “The Long Christmas Dinner” by “Thornton Wilder”. Welles also used many of Sergei Eisenstein’s fast and sudden editing cuts added special effects and more psychological thrills to the film.

The Influence of Citizen Kane:

While the film was not received very well by the audience and at the time by some critics, later on it influenced so many critics and more so other filmmakers that has well been considered one of the greatest films ever made. The film different techniques was modeled by many great filmmakers and in many films such as John Huston in “Maltese Falcon” and “The Asphalt Jungle”; William Wyler in “The Best years of our lives”; George Cukor in “Gaslight”; Robert Stevenson in “Jane Eyre”; Robert Siodmak in “The Killers”; Andrzej Wajda in “Man of Marble”; David Lean in “Lawrence of Arabia”; Warren Beatty in “Reds”; Akira Kurosawa in “Rashomon”; Carol Reed in “The Third Man” among others. 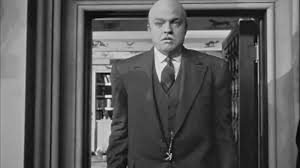 The film has also been listed as one of the greatest films ever made by many filmmakers such as Michael Apted, Keeneth Branagh, John Boorman, Woody Allen, Milos Forman, Paul Schrader, Martin Scorsese, Sam Mendes, Norma Jewison, Sydney Pollack, Stanley Kubrick, Yasujiro Ozu, François Truffaut, Luc Besson, the Coen brothers, Francis Ford Coppola, Brian De Palma, John Frankenheimer, Stephen Frears, Sergio Leone, Michael Mann, Ridley Scott, Steven Spielberg, William Friedkin among others. But the great Swiss director, Ingmar Bergman disliked the film and could not believe the amount of respect it has had among others.

In closing remarks “Citizen Kane” one more time will be redefined based on the following criteria: