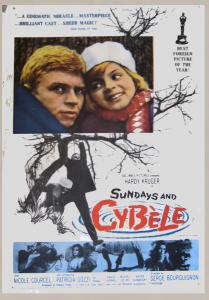 Hailed as a “Miracle Film” by Bosley Crowther, the New York Times film critic for 27 years, “Sundays and Cybele” (“Sundays in the town of Avray” per its French book and the film title) is a film adaptation of the same name novel by Bernard Eschasseriaux published in 1952. The film was directed by Serge Bourguignon who also collaborated with the author in writing the script, and introduced himself to the world of cinema with his first major feature and masterpiece. Although Bourguignon did not last more than 5 years with a few more feature films, mostly commercials, lastly “Two weeks in September” in 1967 with Brigitte Bardot, his “Sundays and Cybele” was enough to make him world known, winning best foreign film award at Oscar, Blue Ribbon Awards and the National Board of Review award. 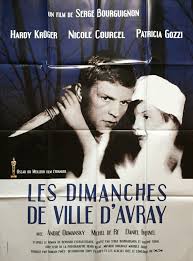 Most importantly the film beat “Lolita” around a similar subject that was adapted from the novel of Vladimir Nabokov of 1955, by Stanley Kubrick in the same year of 1962. While Lolita was principally about a sexual obsessive perversion of a middle-aged literature professor with the 12 years old Lolita, “Sundays and Cybele” is about an innocent friendship between Cybele, a teenager of Lolita’s age and Pierre an amnestic, post-traumatic war stressed pilot in his 30’s. Cybele being dumped by his loveless father in an orphanage, as soon as meets Pierre, pretends him to be her father so to get out of the orphanage on Sundays. So the relationship while odd and unusual, it’s innocent and not sexual or perverted. It is an uncustomary fiction of two lonely and childish souls seeking support and friendship once a week. Pierre has his own sexual relationship with his nurse, Madeleine who finally out of jealousy notifies the police of Cybele being in danger, ending in shooting Pierre to death and the anguish of Cybele.

A Film beyond the French New Wave Cinema:

The new wave of cinema in Europe in late 50’s and 60’s was an experimental opportunity for the avant garde filmmakers such as Michelangelo Antonioni to bring more depth onto the silver screen. So that was a ripe time for Serge Bourguignon to make his first major feature after the success of his short film, “Le Sourire” in 1960 about the introspection and wonders of the nature of a Buddhist monk, that won him Palm d’or at the Cannes Film Festival. 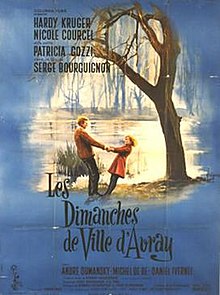 Pierre who in Indochina war as a pilot had shot and killed a little young girl in Vietnam by accident, is in post-traumatic shock and has gone naturally into amnesia to forget his crime sub-consciously. So when he witnesses Cybele being dropped off by his heartless father to an orphanage, he seeks the opportunity for redemption by befriending with her that she receives with open arms. Looking for a French actor to play such an innocent with deep looking man and not finding, while thinking of the American Steve McQueen who was expensive and not available, the young director, Serge Bourguignon picked the German actor, Hardy Kruger by chance that met his expectation for the role. The magic of the film other than the story was perhaps, Patricia Gozzi, the French Child actress who had already played in a couple of other films from age 10 and played miracle as Cybele in the film, by being herself and living her life  spontaneously with all the innocence and tenderness on the screen as well.

The spontaneous Gozzi (Cybele) took the whole film in her hands, so not only Kruger (Pierre) but the camera and Bourguignon, the filmmaker had to follow her. She even wrote some parts of the script from the heart. It was her opposed to Lolita that with her purity and innocence made the fictional relationship and the film, great and a masterpiece, hard to resist and not to love. Such an odd relationship obviously is judged by moralistic values, so the film at times through the reflections in the water or glasses depicts the distorted perception of others about the friendship of the two. The music score of Maurice Jarre dictated by the ideas of Bourguignon, asking for expressionistic feelings of the relationship, helped conveying the theme. 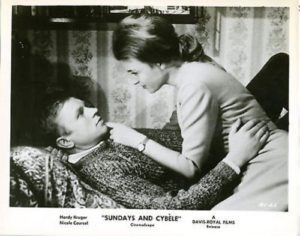 A scapegoat among the veteran French filmmakers of the time, such as Marcel Carnet, Rene Clement, and the new ones Jean Luc Godard and Francois Trauffaut, Sergei Bourguignon’s masterpiece won them all at The Venice Film Festival and Academy Awards and the hard to please critics such as Bosley Crowther. Although an unusual but very catching story, “Sundays and Cybele” is about how to tell that sensitive story with the mind and ideas of Sergei Bourguignon behind the script and the camera, and the magic work of the cinematographer, Henri Decae. The poetic imagery of the film with its symbolism at the right time complemented this delicate story of redemption and soul searching, sadly ending in loss and tragedy. 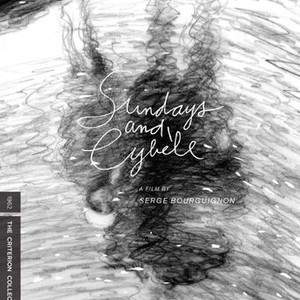 Cybele’s character was taken by the storm and was hailed as having “no counterpart in the annals of cinema…a phenomenon not likely ever again to be matched, surely the most gifted juvenile of all time”! The story, the film and the characters of the film, particularly Cybele impacted their “penetrating and shattering effect” from the time of the release of the film until now and in the future. The film ran in the “Fine Arts” cinema in New York and in Japan for a year in a row and many other countries for similar time period with huge success. 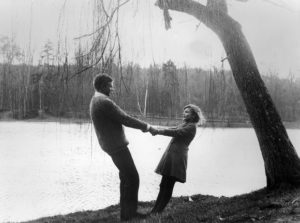 In closing remarks “Sundays and Cybele” one more time will be redefined based on the following criteria: 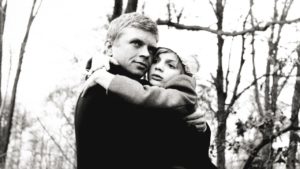