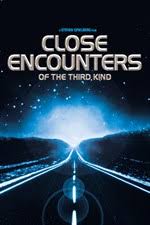 Steven Spielberg’s “Close Encounters of the Third Kind” and George Lucas’ first saga of “Star Wars” series that both released in 1977 introduced a new line of cinema of digital and special effects, specially to American cinema that changed cinema for ever. Although these two films were science fictions, the digital and special effects work in later years went beyond and into different contents and storylines of films. Science fictions has a long history and in modern time goes back in the literature to H.G.Welles and in cinema as early as 1918 and the Danish film “A Trip to Mars” by Holger-Madsen. While those science fiction novels and films of the past that were produced in abundance did not change cinema, Spielberg and Lucas’ works did by introducing the digital special effects that was ready by late 70’s to be applied to the films, though still in its infancy. 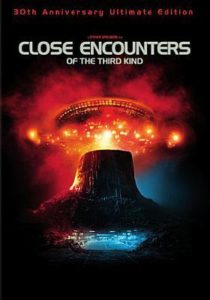 This new line of cinema did not only bring the digital special effects at the computer desks and in the studios and less on location filming and easier work for the directors, but also a series of storylines about supernatural heroes, villains, sixth sense and visions. Films such as Superman in the following year, then batman, antman, ironman and else infused beliefs in superpowers, fantasy and fables unlike not time before, taking the realism out of cinema to this very day in abundance. With the staggering box office sales of $775.4 million for the first Star Wars from a minute budget of $11 million and a less sales of $306.1 million for “Close Encounters of the Third Kind” from a higher budget of $20 million, the new line of cinema dominated not the film market, but the minds of ordinary and young moviegoers. 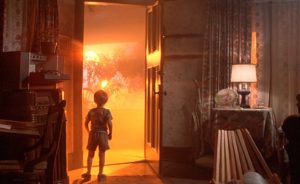 To the contrary of the box office success of the new line of digital and special effects cinema and the accolades of critics, ranking “Star Wars” 13 and Spielberg’s later film “E.T” at 24 in AFI 100 greatest American films, the original “Close Encounters of the Third Kind” has no ranking. Also none of these new line of films have ever won any Academy Awards until in 2003, the third and last episode of “The Lord of the Rings: Return of the King” that won all 11 nomination awards including the best picture and best direction. 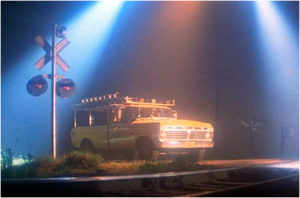 Another feature of Spielberg’s films that make them more affectionate and plausible is the involvement of children and family in the stories. In this film, one of the first encounters with UFOs is by a 3 year old boy, Barry (Cary Guffey) whose fascination by the aliens’ spaceship is mutual and leading to his abduction. Barry is awakened one night when his toys in hid bedroom and around the house have started operating on their own with the electromagnetic power of a UFO. He follows the strong bright light of the spaceship outside that frightens his mother, Jillian (Melinda Dillon) who follows him outside as well. At the same time Roy (Richard Dreyfuss) an electrical lineman investigating a series of power outages encounter a few UFOs flying over his driving truck on the road. In chasing the UFOs, he almost ran over Barry who’s wondering around the road that his mother saves him. Roy after a brief continues with his UFOs chase, now behind a few police cars running after them as well, before they disappear in the night sky above. 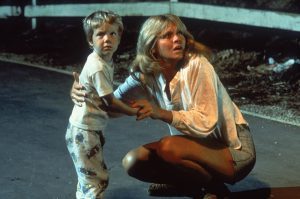 A group of scientists headed by the Frenchman, Claude Lacombe (Francois Truffaut) are trying to communicate with the aliens inside a huge station in Wyoming, close to the mountain of Devils Tower. Roy through his special sixth sense or vision feels the tower mountain and obsessively tries to build a small model of it inside his home with his garden soil and plants that he takes off their roots. Meanwhile Jillian who has a similar superpower vision, keeps drawing the sketches of the mountain. The government and army trying to hide the scientists communication with the aliens by reporting through media that the area around the Devil Tower in Wyoming has been contaminated by a poison gas and evacuate the residents. Roy and at the same time Jillian watching this news find out the location of the mountain and rash to the area, where they jointly get close to the mountain tower and witness the station and the scientists communication with aliens.

The communication with aliens is through music notes and finally after a few small UFOs leaving, a gigantic mother ship arrives, covering the whole sky above and lands. A few aliens exit and with them a long time missing pilot of an airplane, a few sailors lost previously in the Bermuda triangle, a group all ages people from children to adults, animals and Barry who was recently abducted by one of the UFOs. The aliens are willing to take one human with them to observe their spaceship and their planet, and they pick Roy who departs with them in the mother ship into night sky and the film ends.

As it was mentioned earlier, “Close Encounters of the Third Kind” is a science fiction like many other alike, before and after, a depiction of the beliefs of many like Spielberg of the existence of extra-terrestrial lives. This conviction of Spielberg is so much that other than making another such film of “E.T.” 1982, he donated $100,000 to the Planetary Society, a non-profit organization of similar believers to find out more and communicate with extra-terrestrial beings. The film special and visual effects by a team of technicians and engineers led by Douglas Trumbull cost the huge amount of $3.3 million that Trumbull believed it could have been used to produce an additional film. The film’s special effect works led to the advancement of motion control filmography. 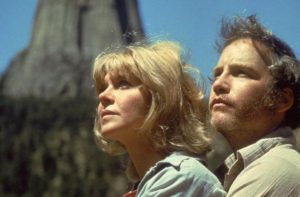 The giant mother ship was designed by Ralph McQuarrie and built by Greg Jein, and the visual effects sequences of the film was filmed on 70 mm to create a contrast with the rest of the film that was as usual filmed on 35 mm. The computer generated imagery that was in its infancy at the time partly was also used to create the UFOs. The film was nominated for 8 academy awards, but received only one for cinematography to Vilmos Zsigmound, and lost the rest mostly to Annie Hall of Woody Allen. Richard Dreyfuss won the best actor award that year not for this film, but for “The Goodbye Girl”. The film that ranked 64 at the first edition of 100 best American films by AFI in 1998, lost any ranking in its second edition in 2007.

In closing remarks “Close Encounters of the Third Kind” one more time will be redefined based on the following criteria: 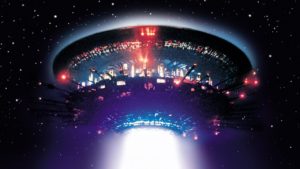