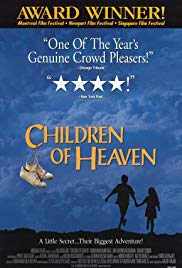 In 1980’s at the same time of the revival of Italian cinema and the renaissance in Spanish cinema, a new wave of cinema in a third world country took the world by surprise. Nourished by its history long rich culture and literature specially in poetry and spiritualism, the cinema in Iran took a huge leap in this modern visual art that has survived well to this very day. Adapting Hollywood films from 1930s, the cinema in Iran maintained a commercial nature of depicting storytelling until in the mid to late 1960s when the influence of French Avant Garde and Italian Neo-realism influenced the intellectuals in Iran to use the film medium for their ideology and cultural expressions. Davoud Mollapour with “The husband of Ahoo Khanoom” in 1968, Masoud Kimiai with “Kaiser” and Dariush Mehrjui with “The Cow” revolutionized the commercial films in Iran. 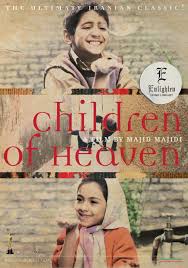 But it was not until the opening of “Institute for the intellectual development of children and adolescents” in 1965 that the modern arts including cinema formally took on the new wave movement and was used as an intellectual and artistic medium of expression. From this institute great filmmakers such as Abbas Kiarostami, Amir Naderi, Bahram Beyzai, Majid Majidi, and Sohrab Shahid-Saless rose to the world level of great filmmakers and at times surpassed their European contemporaries whom they were influenced by. From this new wave of filmmakers, Abbas Kiarostami took the spiritual, poetic and intellectual side with his major film experience in “The Experience” in 1973, then continued his line of work with “The Traveller” driving around Iran for exploration and perhaps self-discovery, that pleased the western critics immensely. At the same time Bahram Bayzai took on a middle ground and delved into the contemporary Persian culture, suppressed and depressed to the current level after centuries of invasions and occupations in “Ragbar” in 1972 and “Sooteh-Delan” in 1978. Sohrab Shahid-Saless influenced mostly by the French Avant Garde and rich spiritual Persian poetry depicted his culture with his freeze frames and slow camera moves in “A Simple Event” in 1973 and “Still Life” in 1975. Amir Naderi followed Italian neorealism and specifically De Sica to depict the most realistic, unspoiled reality of his culture at least of the poor struggling class with “Harmonica” in 1973 and “The Runner” in 1985. Growing in “Institute for the intellectual development of children and adolescents” some of these filmmakers having had to make films for or about children, their works were enriched with the sentiments and innocence of this age group. “Harmonica” and “The Runner” by Naderi, “Bashu, the little stranger” by Baizaei, “Where is the Friend’s House?” by Kiarostami, and “The White Balloon” by Jafar Panahi were earlier such depictions. The attention of the world of cinema specially in Europe and Cannes Film Festival had already been absorbed by such rich and novel works from a new line of pure cinema just before “Children of Heaven” of Majid Mojidi hit the screens worldwide. The purity, simplicity and innocence of the lives in the film was an awakening and inspiration for the rest of global cinema that longed to see another neo-realistic work since “Bicycle Thieves” of De Sica. The attention was so high and far as North America where the film was the first Iranian film to be nominated for the best foreign language film in 1999 to lose only to “Life is beautiful” of Roberto Bengini. But the film was the first Persian film to win the Newport Film Festival, the Warsaw International Film Festival, and the Singapore International Film Festival, Montreal Film Festival and to compete for the Grand prize at the American Film Institute’s Festival in 1997.

From Earth to Heaven:

In the same year of 1997 when Hollywood continues with her blockbuster films making with Titanic, The Lost World: Jurassic Park, Men in Black, Tomorrow never dies, Air Force One, As Good as it gets, and The Fifth Element among many more, a low budget, simple and honest film about the bitter and sad reality of life far from Hollywood surprises and enlightens critics and the audiences to shame worldwide. “Children of Heaven” is an example of daily story of many poor children in Iran and similarly in many other underdeveloped or third world countries in middle east, Africa, Asia, and Latin America. They are the children of earth that in fact belong to heaven and are “Children of Heaven”. 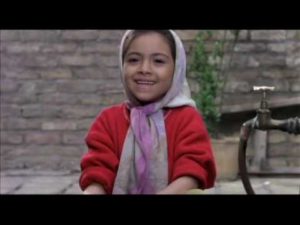 The 9-year old Ali takes his younger sister, Zahra’s old shoes for repair while shopping groceries for the family, store to store, but loses the shoes in one the shops. Meanwhile the camera committed to the art of cinema, walking us through the poor area of the capital Tehran the way it was 20 years ago. The shops , bazaars, the narrow alleys and the house where Ali and his family share with a few other families are visually convincing in its honest true depiction of the lives of ordinary people in their daily life struggles. 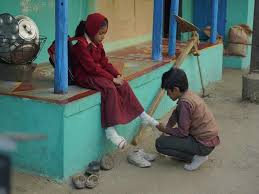 Ali desperate and sad of having lost his little sister’s shoes first hides the truth from her, but later on tells her the truth. The little Zahra is in tears of how she goes to school without shoes, that Ali comes up with the idea of sharing his shoes as her school is in the morning and his in the afternoon shift. Ali has to wait half way for Zahra to get to him to switch shoes and Ali has to run not to be late for his school. Zahra unhappy that Ali’s shoes are too old and dirty and she is embarrassed to wear them that Ali suggests washing them that she does. Again Majidi behind the camera shows the condition of the living of Ali and Zahra’s poor family of five with a baby sibling and a sick mother living in one single room. The children’s helping with the house chores so their sick mother not to work are as sincere and honest as it can get.

One day while Zahra running after school to get to Ali switching shoes, one shoe fall in a creek on the street that’s finally helped by someone to catch it. Ali too late that day and upset that his shoes are wet, is warned by the school principal that if being late again he would be suspended. To please Zahra who’s unhappy for the loss of her shoes and in order not to tell their parents, Ali gives her a pen that his teacher has given him as a prize for doing well in a test. The film all the way being shown from the perspective of these two children, is magnificent when with the camera paints the mental preoccupation of Zahra when her eyes in school on daily basis is on her peers’ nice shoes. One day in the school yard during the recess, Zahra’s eyes fall on a pair of similar shoes another girl is wearing in despair, so she follows the girl until she locates her house. That day Ali is late again so his school principal suspends him, that while leaving a teacher walking in intervenes so he is allowed to get back in, only to promise if late again he will be suspended. Zahra takes Ali and shows him the house of her school mate wearing the similar shoes that she suspects to be her lost shoes, but both are frightened of going to the house. 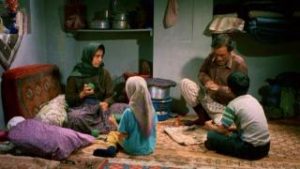 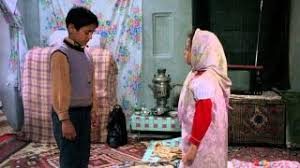 Ali’s father who has a low paid job of serving tea in a mosque, is lent a detoxifying pump to go uptown to rich houses on the weekend and work as a gardener and make more money for the family. He takes Ali with him on his bike, passing through the uptown with its luxury and modern building, rich and big houses in contrast with the lower part of the town where they live. Ali and his father paddle on their bike through the uptown and house to house out of breath asking if anyone needs a gardener, but with no success. Ali who helps his father by ringing the houses’ bells and asking the residents if they need gardening, as he is more articulate and assertive while both so far desperate. Helpless and about to give up that a young boy at the last house, named also Ali who’s lonely and living in a big house with his grandfather asks him if he could come in and play with him. While Ali and his father desperately leave, the little boy already out with his grandfather come out and call them back. Ali’s father is given some detoxifying fruit trees and pruning of the garden while Ali is allowed to playing with the other Ali. At the end of the day Ali’s father is paid generously that put smile on both faces, heading back home.

One day in school, the gym teacher announces about a running race with the third prize being a pair of sneakers. Ali excited and passing the test participates in the race. Breaking the news happily to Zahra, he promises to be for sure in the third place to win the shoes for his sister. The race in the uptown with most of participants being rich kids, the film depicts well another contrast of the poverty and wealth specifically through the eyes of Ali. While running hard, the film elegantly shows Ali’s flashbacks of his and Zahra’s daily running to share a pair of old shoes, and his promise to his sister that he will win the third prize for the new shoes. At the end and despite falling down by the push of a competitor, Ali gets to the finish line almost at the same time with a few other boys. To his disappointment but the joy of his gym teacher and the school principal, Ali wins the first prize. While his photos are taken by the press, Ali does not look happy as he has not won the third prize and a pair of shoes for his sister. 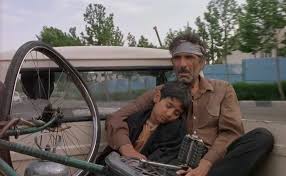 Ali gets home sad and breaks the news to Zahra who’s waiting for a pair of new shoes. Sitting sad and exhausted by the house little pond, taking off his old shoes now with big holes and not wearable after the race, Ali dips his feet full of blisters in the water where a few gold fishes are swimming and the film ends. A beautiful simple and honest film ends in no happy ending and leaves the lives of Ali, Zahra, their family and the rest of alike in the same struggling life situation as it was, for if it did otherwise those lives would not have changed for real. 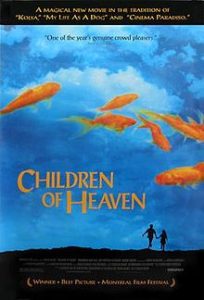 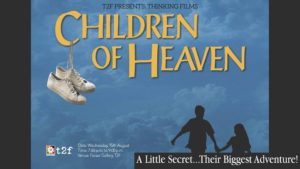 In closing remarks “Children of Heaven” one more time will be redefined based on the following criteria: