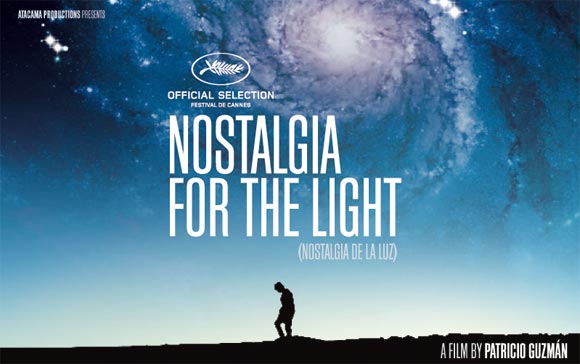 The film is a heroic while beautiful documentary by Patricio Guzman who has been long popular around the world for his documentaries of Chilean struggles for freedom and democracy in 1970’s. His “Battle of Chile” made between 1975 to 1979 in three parts and his documentary “Salvador Allende” in 2004 from his election to the presidency until the coup by the dictator general Pinoche who put Chile into the darkness for decades, has already made Guzman a political spokesman of his country at least on the screen. “Nostalgia for the Light” is another heroic documentary exposing the mass crimes of Pinoche many years before through the search of the families of the victims who were murdered and buried in the Altacama Desert in Chile. This nostalgia happens and shown on the screen by Guzman elegantly under the enormous starry lights of the desert that is known globally and is used as the site for the observation and studies of universe by international astronomers with their huge observatory and telescope. 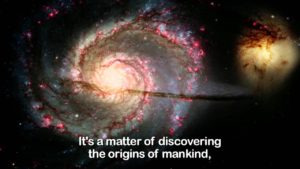 The parallel between the astronomers searching for the human’s origin and the women who still after decades have not stopped searching for the remains of their murdered beloveds, makes this documentary a masterpiece and a story needed to be told and depicted on the screen. Guzmán narrates the documentary himself that include interviews and commentary from the relatives of the victims, astronomers, archeologists and geologists. The vast Atacama Desert at a high altitude, red and dry like the surface of Mars is also a graveyard of abundant remnants of pre-historic beings like dinasaures, mollusks, and also Indian carvings, mummified remains six different cultures, and even meteorites. All these remote archeological remains are mixed with a near past remains of body parts and pieces of murdered victims of democracy fighters that found by the relatives such as a woman who finds her brother’s foot still in his shoes, a part of his forehead and skull. 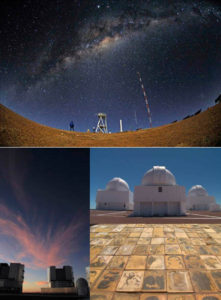 A Brown spot of Shame on the face of Earth:

The film opens by showing an image of the Altacama Desert on earth from a space view, asserting it as a small brown patch or dirt spot on the human’s history. In this driest spot on earth, the astronomers from around the world have generated the biggest telescope and gathered to study the universe above and our origin. While the world scientists are in love with the Chilean’s sky to find the human’s origin, a woman who searches the desert for the remains of her murdered beloved, pleas that the telescope for a moment look deep into the earth below. 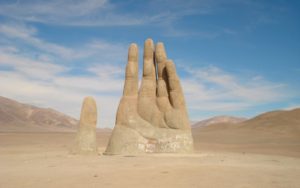 The documentary also interviews a few survivors of the Chacabuco concentration camp in the desert who remembers how their parents were detained and threatened to give up their politically active children and describe the condition of their lives in the prison and concentration camp. The film exposes the Pinochet military dictatorship that made all the efforts to erase their crimes, but the dry desert of Altacama retained everything from the remote to the near past untouched. The film also challenges many Chileans who have tried to forget their past to remember the misdeeds befell on them as the present is an extension of the past and those who “have forgotten the past as if they have not lived”. 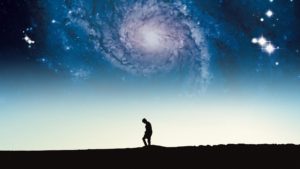 The search for calcium by the victims’ survivors as remnant of their beloved bones is shown in parallel with the search for calcium by the astronomers as a remnant of the stars and the big bang is amazing. The image of asteroids transitioned into close-ups of bone fragments is indistinguishable. Guzman well realizing the silence and oblivion of Chileans especially the media, made his film as a wake up call to his own people first then to the rest of Latin America and finally to the world at large not to forget their past sufferings. He clearly stated and showed in the film that disregarding the past out of ignorance or shame will cost them their lives at the present moment as it’s happening somewhere else in the world.

The film while showing us with its amazingly beautiful images the constellations in the sky above, asks us not to forget the earth down below and what is hidden deep inside beneath our feet. A mélange of astronomy, geology and politics, the film touches tenderly our hearts and minds to look deep into our earth first and disclose our past with all its deeds and misdeeds before looking up into the sky to solve the universe mystery. The translucency of the past defines the present that in any moment slips into the history and becomes a part of the past. Having sent this message, the film becomes like a meditation in its vast subject desert. Guzman with his film has gone beyond Chile and has shaken up the conscience of the rest of Latin America to remember their history of suffering and pains that still continues to the present. 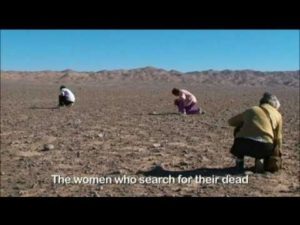 Holding a 100% approval rating on the review aggregator Rotten Tomatoes and a 91% average on Metacritic site, “Nostalgia for the Light” has been hailed as “ a transfixing cinematic essay, a narrative reflective about the importance of time, and a political message about memory”. The film has also been praised world-wide for its stunning visuals, poetry and impressive views of the cosmos while exposing the humans’ evil deeds. While cinema is running out of subjects for feature films and entertainment on the screen has become redundant, the documentary films such as “Nostalgia for the Light” has become a mainstream in the modern era. With so many documentaries, some great have already made around the world, “Nostalgia for the Light” stands up for its multifaceted tender subjects while being filmed elegantly, so deserving the recognition of one of the greatest films of all time. 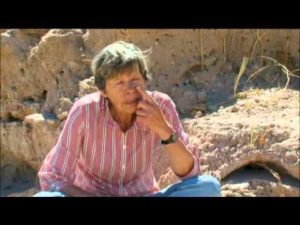 In closing remarks “Nostalgia for the Light” one more time will be redefined based on the following criteria: