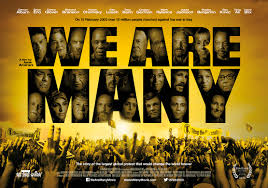 The second documentary on this list of the greatest films of all time is the depiction of the story of the largest demonstration in human’s history in one day on February 15, 2003 across the globe against the American invasion of Iraq. The film rightly opens with the last lines of the poem of “Masque of Anarchy” by the British poet, “Percy Bysshe Shelley” written on the “Peterloo Massacre” in Manchester England in 1819, when 60,000 to 80,000 peaceful demonstrators demanding the reform of parliament were massacred by the British cavalry.

“…Rise, like lions after slumber
In unvanquishable number!
Shake your chains to earth like dew
Which in sleep had fallen on you:
Ye are many—they are few”      Masque of Anarchy/ Percy Bysshe Shelley 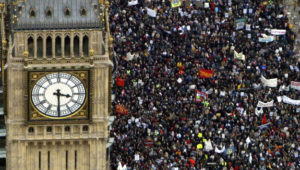 The film opens first on the protest demonstration in London, England where over one million English people demanded the abortion of the plan invading Iraq and asked for peace. Then the films before showing the film’s credit, browses briefly across the globe and shows a few other similar demonstrations. Afterwards the September 11 of 2001 and the attack on the New York City’s twin towers that prompted George W. Bush to announce the war against Iraq is briefly shown. Then a pro-peace group all around the world organize a “Stop the War Coalition” that leads to the February 15, 2003 demonstration. There are interviews with prominent figures such as Colonel Lawrence Wilkerson, the former chief of staff of US secretary of State, Colin Powell who confess that Bush administration lied to the American people and the world to connect the 9/11 event to Iraq and they faked finding the evidence of Weapons of Mass Destruction (WMD) in Iraq. 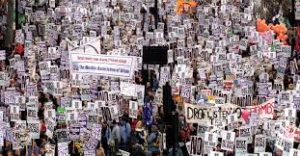 The film also discloses the British Government fake report that backed up Bush administration in confirming the existence of WMD in Iraq that was presented to the parliament by the prime minister, Tony Blair. Tim Goodrich, a US Air Force pilot, participating in the air strike confesses that he soon discovered that he and his fellow pilots are dispatched to a unjust war to kill innocent civilians. He continues his own personal observation of the war plot that while Bush was lying that still they expect a peace solution, US and British forces had already been mobilized and ready for their invasion.

Throughout the film we see some of the 789 cities in 72 countries across the globe’s demonstrations against the invasion of Iraq. We witness huge seas of people of all ages from children, men and women all across Europe, including over half a million in numerous cities in France, over 300 German towns including over 300,000 in Berlin, 100,000 in Dublin, over 650,000 in Rome, 55 cities in Spain, the largest in Barcelona and Madrid with over 1,500,000 and 660,000 people, over half a million in Valencia, 250,000 in Sevile, over 70 cities in Canada despite the temperature below -30 C, Over 100,000 in New York City including the 9/11 families and war veterans, over 200,000 in San Francisco, over 200,000 in Syria, over 200,000 in Sydney and over 200,000 in Melbourne and other Australian cities, and over 800 cities around the world, even in Antarctica. The day after the global demonstrations, New York Times truly wrote that there are two superpowers on earth, the United States of America and the people’s power on the streets. 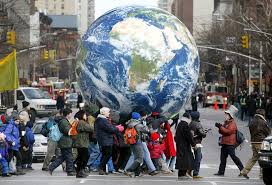 Dr. Hans Blix the head of UN inspection team reveals as they present their report to the United Nations just before the global demonstration of lack of any evidence of WMD in Iraq. Robin Cook, the British Foreign Secretary on March 18 English parliament vote for the war revealed that there has been no evidence of WMD, so he preferred to resign from the government than being an associate in the war crime. But the prime minister, Tony Blair turns a deaf ear to this and his own people‘s huge demonstration on the streets of many cities, and undermine them by saying coldly in the parliament that if one million people protest against the war, the number still is far less than the people who are being killed by Saddam in Iraq. 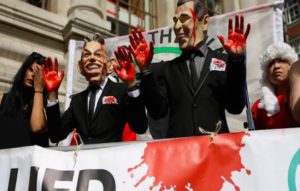 Back and forth from the interviews to the demonstrations on the streets around the world, we hear people everywhere demanding stop to the war and not blood shedding for oil in their names. Finally and against the will of all the people across the globe and without acquiring a legal permission from the UN, the invasion of Iraq starts by the American and British coalition unilaterally on March 19, 2003. The cradle of the modern civilization, Mesopotamia or Iraq was aggressively and mercilessly bombarded and the film replays what was shown on every TV at the time around the world. Bodies of murdered innocent men, women and children are seen and a helpless nation are captured overnight. Professor Noam Chomsky in an interview accuses US for committing the biggest crime in humanity, worse than Hiroshima. Adnan Kofi the head of the United Nations declares the invasion as illegal without the permission of the security council and the rest of the nations of the world. Even professor Stephen Hawking voices his protest in tears for the lost lives of Iraqi people.

Wilckerson agrees that Bush along with Dick Cheney and Donald Rumsfeld even himself should be tried as war criminals. Many war veterans of Vietnam and the modern era combatants in Iraq attending the anti-war demonstrations, throw out their medals. In Egypt the demonstration did not stop after February 15, 2003 and after the invasion of Iraq, but continued for months and years and finally led to a revolution in that country and the resignation of its president Hosni Mubarak. The Time Magazine by the end of the year announces “the person of the year” being “The Protestor”. Finally after three years of continuous war and occupation of Iraq, loss of over one million Iraqis, and execution of Saddam, Bush admits of not yet finding any WMD in that country. The novelist, John Le Care in an interview calls the war on Iraq the biggest crime of the century. 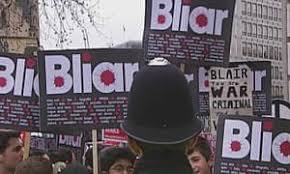 After the invasion, the South African leader Nelson Mandela criticizes Bush and the invasion of Iraq, stating that one man cannot make a decision for the world. But the US invasion did not stop with the invasion of Iraq and continued with the plan of attack on Syria. So the global protests and demonstration started all over again including in Britain, and this time finally the British parliament listened to the voice of their people and for the first time in 231 years voted against the war on Syria. This surprisingly forced Obama’s administration to ask the congress for a similar vote that finally resulted in the withdrawal of such invasion. 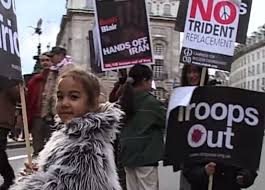 The largest global peace demonstration of people of the world needed to be recorded and shown again and again to prove that solidarity of the mass has not been lost in the modern era. This importance as a documentary was well written, produced and directed by Amir Amirani. Such a heroic film of the real people on the real streets at a vital time in modern history deserves recognition and being considered as one of the greatest films of all time. With the real people of the world as actors, this documentary is stronger and more mind blowing than any feature film. 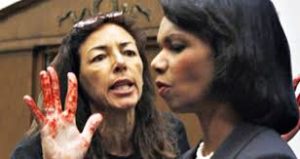 In closing remarks “We Are Many” one more time will be redefined based on the following criteria: 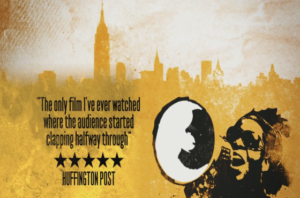