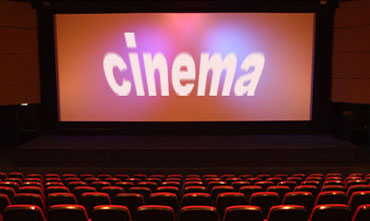 Cinema initially sprang from photography, so that later on and to this day, it is called “motion picture” or “movies”, while the term “film” could be used for both cinema and photography. In the beginning, cinema was simply, pictures in motion with no other adding arts or technology, such as sound, music, or else, but acting. That is why for the first few decades since the birth of cinema, the movies were “silent” and this art form had to rely basically on the power of imagery with all its cinematographic components and the filmmakers like painters on canvas had to do whatever they could to create a powerful moving picture on the screen in addition to silent acting without talk. In this endeavor, some relied on set design, the use of light and shadows, like the German expressionists, and some relied on editing like Eisenstein, and some relied mostly on acting and sensible realism like Chaplin. At the time and even today, it is easier to rate and rank a silent film, as there were no white noise of sound or talk and all were imagery and picture in motion to measure. Due to simplicity, originality and the role of these pure ingredients, the silent films are still on the top of many best films of all time, such as the works of Serge Eisenstein, Fritz Lang, D.W.Griffith, and Charles Chaplin.

The sound brought theatrical acting to the cinema despite strong oppositions of silent films’ actors who were great action actors, specially in comedy. While 1920’s were still dominated by the silent movies, the 1930’s were the era of infiltration of theatrical acting to cinema that lasted for several decades until the recent domination of special effects and interception of digitalism into cinema. Orson Welles, Humphrey Bogart, Catharine Hepburn, Bette Davis, Vivien Leigh, James Dean and Marlon Brando were such actors who stemmed from theatre or acted as such. This continued to the modern era so that the newer actors such as Robert De Niro, Al Pacino and Leonardo DiCaprio continued with such legacy. The theatrical acting while added rich flavor to the story telling and content through dialogues to the cinema, in many instances became very close to theatrical plays and robbed the cinematic experience and presentation, and limited the filmmakers in showing their talents. This is somewhat parallel to the digital cinema nowadays, where digitalism and special effects have totally stolen the rich cinematic creation.

Lastly cinema as a common art medium unlike other arts, but like music cannot be “an art for art”, but “art for all”. This means that cinema as the only art medium, while being complex and applying other art media for enrichment, it has to be for everyone, entertaining and enlightening all. A great film could please the viewers of all kinds, from the ordinary minds to the most intellectual and critical ones.

Evaluation, rating and ranking movies, is not a matter of personal taste, likeness, or even a collective voting of majority, as the majority could be wrong and do not consider all the components of a film, with a delicate consideration of the differential factors. In other words, the role of camera, acting and editing are not the same and do not carry the similar weights as special effect. Unfortunately this has not been done closely in most rating and ranking of the motion pictures and the best lists, or awards such as Oscar. Beyond the different components of a film, that somewhat and singularly are recognized as in awards for script, acting, editing, directing, etc., the following factors in ranking the best films are essential. (Of course based on the following criteria, the earlier a film, the higher the rank would be, except the films that in addition to these factors, they have the “best impression” that could go beyond the time boundary. This is certainly very rare and on our list could include only a few rare top films such as “The Battleship Potemkin”, “Man with a movie camera” and “Metropolis”. Finally any originality and technicality if not cinematic or visual and at the service of story telling, entertainment or enlightening , like experimental works of some such as Godard do not count in this site evaluation and ranking of the films.

Throughout this site, in writing on films and ranking them, the above factors will be delicately considered, though no evaluation or ranking could be rightful. Such comprehensive evaluation and ranking will hopefully encourage others to take on such or similar process in ranking and awarding, and avoiding a single factor such as the content of the story for political or trend of the time reasons!